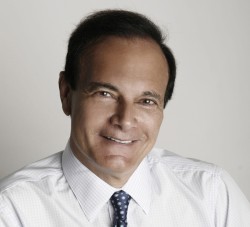 Jerry Del Colliano is a nationally recognized expert on how to motivate the next generation.  He pioneered new age techniques for team building as a Professor at The University of Southern California. Jerry has been interviewed or quoted on network television and radio, business and consumer newspapers and magazines as well as online publications.  Jerry’s motto is: “The teacher and the taught together do the teaching”.

Author
Writer of the book, Out of Bad Comes Good — The Advantages of Disadvantages published by Morgan James.

Publishing
Publisher and founder of Inside Radio, a respected broadcasting trade publication.

Television
News reporter and on-air talent at Channel 6 in Philadelphia, the ABC affiliate.